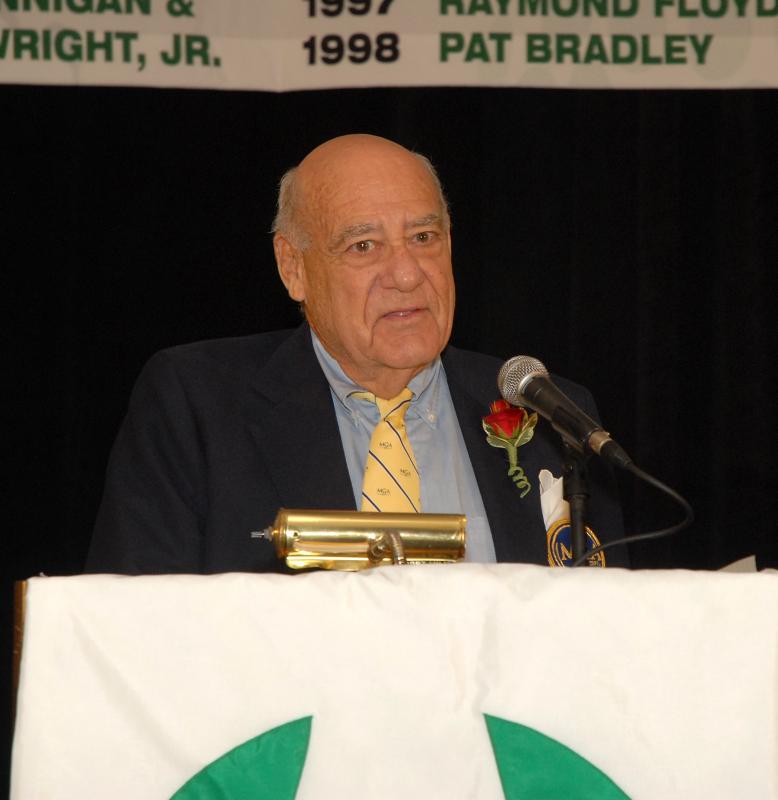 It was with deep sadness that the MGWA announced the passing of past President and longtime member C.A. “Tony” Wimpfheimer.  Tony passed away at the age of 92 on August 10, 2020 in Jupiter, Florida.

Tony served on the Metropolitan Golf Writers Association’s Executive Committee for over 30 years and was the  MGWA’s President from 1992–1995.  Former MGWA President Dave Donelson said, “Dates and numbers aside, Tony’s contributions to our organization were innumerable. He was instrumental in making the MGWA National Awards Dinner a long-running success and enabled us to impact the lives of thousands of young people.”

Said former MGWA President Chuck Stogel, "Tony was one of my mentors when I was a younger sportswriter just getting involved with the Met Golf Writers many years ago. Tony preceded me as president of the MGWA and continued to serve as our National Awards Dinner chairman; he was instrumental in helping to boost the prestige and revenues associated with the dinner. He was a titan.”  Pat Norton, another former MGWA President, stated, “Tony invited me to join the MGWA Board many years ago and emphasized the importance of the charitable aspects of the awards dinner. I considered him a friend and admired his intelligence, vitality, and enthusiasm.  He contributed much to the MGWA and MGA and will be missed.”

Tony was the Chairman of the MGWA National Awards Dinner Committee for eight years, and his drive and commitment made the Dinner one of the most highly anticipated golf events of the year.  In recognition of his efforts on behalf of both the MGWA and MGA, Tony was presented with the MGWA’s 2012 Winnie Palmer award, which recognizes “an individual who has consistently given their time, energy and enthusiasm to those less fortunate.”

Tony donated much of his time to numerous charitable causes.  His passion for golf led him to the MGA, where he began volunteering on both the Communications and Tournament committees in the early 1980's.  He was instrumental in the creation of the MGA’s acclaimed The Met Golfer magazine and was active on the publication’s editorial board until his death.

Tony’s contributions to the MGWA and Met-area golf were innumerable.  His family has requested that any donations made in his memory be sent to the MGA Foundation, an organization he helped create, at 49 Knollwood Road, Elmsford, NY 10523 (https://www.mgagolf.org/donate).