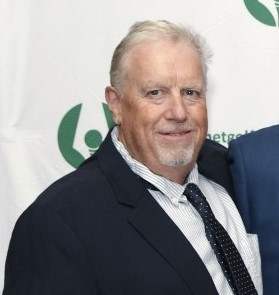 Cannizzaro is a lifelong resident of the Metropolitan Area, born in Port Chester, NY, raised in Fairfield, CT, and now splitting his time between the Jersey Shore and Manhattan with his wife, Carolyn Waters.

He went to Ithaca College, where he played on the soccer and tennis teams and joined the New York Post sports department in 1993 as the New York Jets beat writer and golf correspondent. In 2010, Cannizzaro became a columnist at The Post and continues to cover football and golf among other sports.

He’s covered more than 100 major championships, spanning all 15 of Tiger Woods’ majors, and every Ryder Cup since 1997. In addition to golf, Cannizzaro has covered college basketball, soccer, tennis, the NHL and NBA and numerous other sports.

Cannizzaro has written three books, the latest of which was “Seven Days at Augusta: Behind the scenes at the Masters,’’ which was published in 2020. He’s won several writing and reporting awards along the way, but perhaps his most cherished prize came when he won $10 in a putting contest with Phil Mickelson in Mickelson’s backyard putting green.

“Cannizzaro is a highly-respected name in the sports journalism field. His contributions, especially in the NY market, have informed and engaged his audience for decades,” MGWA President Brian Crowell said. “Whether it’s the NFL or golf’s Major Championships, you can always feel the passion and appreciate the research in Mark’s coverage. We’re proud to announce him as our 2022 Lincoln Werden Award winner.”